Shepherds Were Visited by Angels 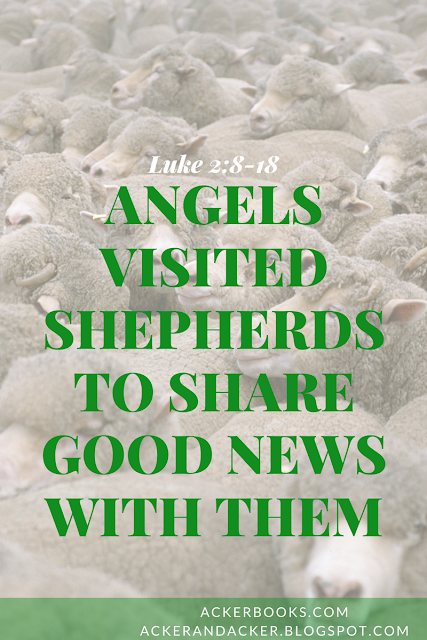 The shepherds were out in a field doing their job. They had a responsibility to the sheep in their care. They were supposed to watch over those sheep. That was it. That was their destiny.

The shepherds were tired. It was nighttime. They had spent the whole day working. They were looking for a chance to rest.

The shepherds might have wondered if they had done something wrong, if the angel had arrived to bring about justice. They might have feared for their lives. The words of the angel when he told them not to fear had to give them comfort.

Before the shepherds had the chance to get over the arrival of one angel, before they could figure out what had made them worthy of the visit of an angel, suddenly there was a whole crowd of angels in the sky. They were singing, celebrating, sharing an amazing message with the shepherds.

I'm thinking about the shepherds this year and what it must have been like for them as they were visited by angels. The Bible does not share a lot about these individuals. The Bible doesn't share why God chose to have angels visit simple people who were out doing their work. All we know is that the shepherds received a great surprise, and I am guessing that none of them ever forgot what happened on that special night.

By Emily Acker, co-author of No Longer Broken
Posted by Emily at 8:55 AM