Family in the Bible - Paul and His Nephew 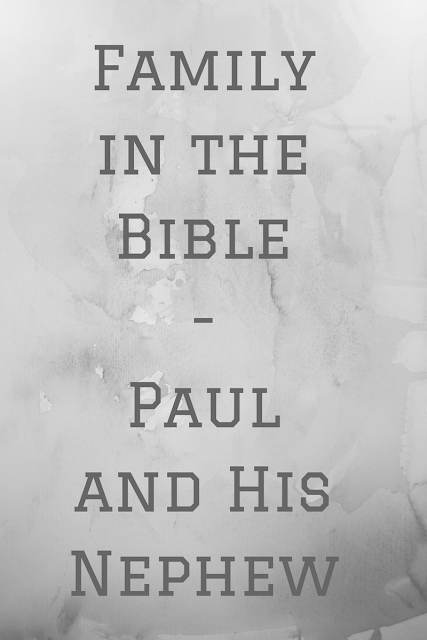 I never really thought about it until recently, but what was Paul's nephew's opinion of him? We hear of the nephew when he warns Paul about the plot that some had to kill him in Acts 23.

And when Paul's sister's son heard of their lying in wait, he went and entered into the castle, and told Paul.
Acts 23:16

Did his nephew simply do it out of family loyalty? Or did he agree with Paul in his beliefs? I always assumed he was a Christ follower, too, but was he?

And, if he was, did he become a Christian after Paul's conversion? Did he support him when he was still Saul and was persecuting Christians?

It's always interesting to study Bible stories more in depth. To think about the people and what they were actually thinking, feeling, and going through.

I find families in the Bible especially interesting, and I really wonder what the relationship between uncle and nephew was.

As a aunt myself, my nieces and nephews mean the world to me. I wonder if Paul felt the same way about his nephew. Did he love him since he was a child? Did he spoil him? Or was he distant until the time he saw the light on the road to Damascus, and then did he start being kind to his nephew? Or, maybe his nephew didn't actually know him, but just knew of him.

We don't know a lot about what went on and the relationship between them, but it is interesting to think about, none the less. Paul's nephew cared enough about him to warn him when people were out to kill him, and I think that says a lot.


By Bethany Acker, Co-Author of No Longer Broken
Posted by Bethany at 10:15 AM